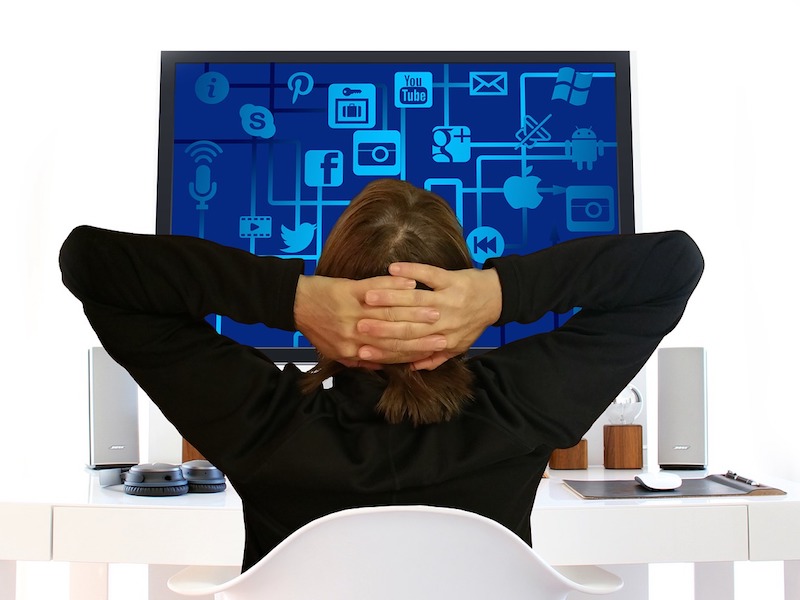 Last week I wrote Influenced Decisions, post where I made an introduction of my vision of how people live deciding with respect to what they do, say or see in other people.

I am glad to have read and listened to people who said they share my opinion, to be able to reflect on this subject is a personal, constant struggle that I have had. As I have already said: We live in a world of decisions, so we have to decide about ourselves.

There are times when I despair of people’s lack of decision, but I despair more when they decide by the influence of something or someone. For this reason, I now allow myself to ask you:

What do you think is the main source of influenced decisions?

My answer would be: The family, and then: The media. Why each one of them? The family, because without a doubt, is the source of the greatest decision you have ever made: to be who you are. Unconsciously you take elements that you live in your family, especially in your childhood, and they become the personality that defines you as you grow older, the one responsible for the decisions you make and forge your existence.

Now, the media, great facilitators of information that allow us to know what is happening in other places, allow us to create interaction at a distance, entertainment, generators of extensive content, which often turn out to be providers of influenced decisions.

This is not what I say, it is what the theories and studies carried out say; but it is also what people’s own behaviour says, which reflects the power that the media have over them. That’s what Wright Mills, an American sociologist, says in one of his works:

I refer to this quote because it is exactly what I observe. What do advertisers do? They create creative strategies that can reach their audience so that it can be identified, changing some attitudes, lifestyles and generate an action in the consumer. In itself, it offers useful tools to help you decide.

The media have an immeasurable reach and capacity for influence. In 2001, rumours spread in Venezuela through social networks and e-mails that a batch of Pepsi’s production was contaminated with HIV, alerting people to refrain from taking the product. Immediately the level of sales was declining, the economy of the company’s direct and indirect employees was damaged and for obvious reasons a negative image of the brand was created.

Therefore, the news influenced people to stop consuming the product, real or not, people did not take the time to meditate and see the sources of information that originated the message. They simply decided to do what people were doing, because that made them feel safe.

The influence of the media can be positive or negative as I said in the first part of the post, and if everyone should generate their own judgments, it is because each person’s perception of a situation is different. What for some, the Pepsi case can be a positive influence, for others it can be negative.

Being in this line, it crosses my mind to tell you one of the investigations I’m doing, just about the impact that the media have on the decisions influenced. Maybe many people don’t like to touch on this subject, and I really feel it’s not the right place to do it, but it’s a clear example that I’ve come across, which could be considered a worrying situation and one of the negative effects that the media can bring.

I’m talking about suicide, one of the biggest influenced decisions. A controversial subject that I do not intend to go into in depth, the fact of taking it is only to mention some research carried out in various countries, in which it has been shown that suicide is imminently contagious thanks to the media. An example of this is the suicidal tendency that followed Marylin Monroe’s apparent suicidal act. Decisions that are influenced by the acts of a public figure? Of course they exist.

Nor do I intend to portray the media as negative sources. Of course not. These are of great use to all people, they are the only possibility of keeping society in communication, otherwise we would live in ignorance. Thanks to them we have freedom of expression, with which we can refute, contradict an idea, a thought, but which serve precisely to debate a subject and reach agreements.

It is clear to bear in mind that not everything that we are exposed to in the media causes influence in the same people, I believe that those are psychological predispositions in which each one takes what he needs and with what he identifies himself. Because if so, imagine the beautiful world that we would have if this kind of ads managed to influence everyone:

Thanks to the media we can influence people’s decisions to contribute to a positive act. Such happens in the face of natural disasters, where people are motivated to contribute to help those most in need by such misfortunes. Without the media and their ability to influence, how can we help?

People have a great responsibility in establishing the communication process and even more so, those who do so through mass media. They have the responsibility to spread a message and it falls on themselves whether it is real or not. On them depend many decisions made by people before such information and the stimuli it represents.

We live in a world of decisions, let’s fight against our own “I” so that those decisions are the result of our true motivations. There is no better influence than that exerted by our own tastes, aspirations and goals in life.

What did you think of this second part of Influenced Decisions? I would love to hear the opinion I have generated. I hope to have a comment from you, inviting you to share it if you liked it.