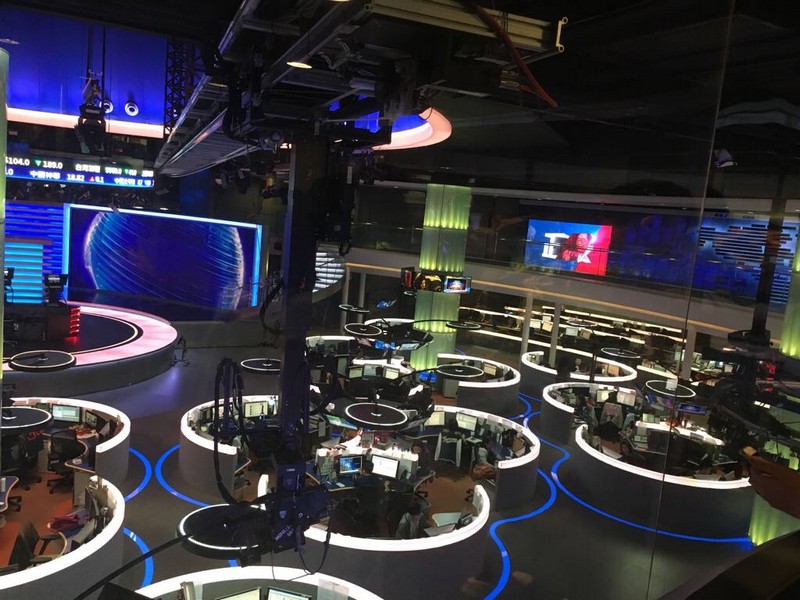 The media, in all its aspects, represent part of the idiosyncrasy that characterizes contemporary developed or developing societies and their education, attending to their formative role in this area. At present, it is not possible to understand their political, cultural and economic facets without paying attention to the role of information technologies in them.

The media helps to gradually shape the lives of all of us, what we think, what we like, and in short, what we do. Mass communication is therefore a relevant phenomenon in recent history, mainly in Western countries with larger populations.

In the less developed areas and with greater cultural deficit, where there is no communicational influence that represents their demands, the dominant discourse is absorbed (which is not assimilated) with greater ease, so we will not make this special emphasis on deepening this context, although it is worth emphasizing that reducing the analysis of this phenomenon to a systematic control of the economic and social indicators posed by capitalism is a mistake that is frequently repeated and that stops the progress of development itself.

We see how in some Latin American countries, for example, their opposition to the implementation of a capitalist system of development is the main cause of their being considered as underdeveloped in the eyes of the international community, according to financial criteria in relation to the global market but ignoring achievements in matters of health, education, housing, and so on.

It has been proven that the mass media exert an enormous influence among the working class, perpetuating the ideology of the dominant strata in each epoch, who are the ones who mostly have these intellectual means of production (“the ideas of the ruling class are the dominant ideas of the epoch”), and creating both a globalized system of values and patterns of conduct through public opinion that do not pose a threat to established socio-economic and political power.

The exploitative ideology established in a system of antagonistic classes tends to distort social reality and divert the consciousness of the exploited.

In this context, the opportunists of the day are at large, camouflaging from independent journalism what objectively seems to be submission to the hand that pays them, the same ones that sold us that false story badly called “transition”, while others more consciously risked their freedom and even their lives to exercise the profession.

The problem begins when they lose the mask and are discovered.

Faced with the inability of the hegemonic media (reduced to mere platforms from which to comfortably reproduce their master’s message) to disguise the fact that they only serve the structural interests of the capitalist system, it seems that they have opted to cling to childish strategies, to try to confront all those positions from which their increasingly weakened credibility is questioned or their work of persuasion of the receiver is in no way hindered.

We allow ourselves to rescue the role that a young Karl Marx played as a journalist and writer in other times, and that in light of the current situation becomes fully valid to explain this reactionary phenomenon.

The philosopher then set a precedent in journalistic terms, creating his own critical style, focused on denouncing social inequality and on organizing and representing the revolutionary struggle of the oppressed, the foundations of which would later find support in the continuing work of Vladimir Ilich Ulyanov, “Lenin”, who promulgated that “the freedom of the bourgeois press means freedom to buy and falsify public opinion”.

Much has rained since then until today, and the need for the establishment to adapt its promotion strategy to the present times, both in substance and form, and its submission to the principles of the consumer society, condemned to abandon those propagandistic practices where thinkers forged their knowledge in each day of work.

There are several numerable reasons that have driven the great changes produced since then until today in the trade, but mainly highlight a couple of them that in our view acquire special relevance.

We are referring to the management of technology and the creation of new platforms and virtual social networks, which have significantly replaced the use of sources and place the transmitter on an equal footing with the addressee of the message, providing an ideal scenario in which to establish a lifeguard, which is nothing but a lie with a more attractive name.

The danger lies in the fact that within this context of nuanced plurality, any user with Internet access would be able to dismantle a news item if its content had not been properly contrasted, which seems to be a nuisance for certain pseudo-intellectuals in the sector, who observe how the unidirectionality of their discourse is broken, something that does not happen in radio, television and the press, where they nevertheless face a notorious loss of audience and income.

The progressive development of the forces of production emanating from capitalism thus enters into dispute with the social relations it generates. The solution they apply to solve this conflict is to repress and censor the contents that they interpret as uncomfortable.

On the other hand, this new framework for the dissemination of information generates an atrocious competition for immediacy in its advertising, which is the other key point I mentioned earlier. The need to be the first to communicate an event forces us to shorten the process of research, elaboration, edition and subsequent publication of the news, which is counterproductive with the ultimate aim of informing but not with the intention of making its doctrine an unquestionable element.

We explain ourselves; the control of communication is a method for exercising social control, so the saturation of contents helps in its plan to divert the attention of the individual, concealing the important problems that affect him and making visible other idealistic banalities, which often arouse enough interest to be used as a Trojan horse, when it comes to making even imperialist interference on the sovereignty of different countries, peace processes, international trade.

Just to mention a few recent examples, we find ourselves immersed in an anomalous process of media criminalisation of the Russian government as a result of a joke played by humorists on the Spanish Minister of Defence, a process encouraged from its editorials by some characters with a dubious moral taste, which only highlights the lack of professionalism inside and outside the institutions.

Before that, it was the Bolivarian Republic of Venezuela, the Syrian Arab Republic, Iraq, Libya, Cuba, Vietnam and so on, the elite of the “mass-media” take advantage of the situation to manufacture distant enemies on whom to unload the discontent of public opinion, inhibiting it from its near reality and from the internal affairs that compete with it.

This dynamic based on fear, abstraction and political clientelism acts as a catalyst for existing social disaffection, and leads to the assumption of drastic measures on the part of the interested parties, thus justifying any regression in the social rights of the population.

The functioning is as follows; an a priori non-existent problem is created, society is scandalized in the times foreseen for this purpose, and later from the positions of power partisan solutions are presented that they themselves are in charge of making sure that they are accepted with pleasure by the rest. As can be seen, all this has a very “democratic” character.